It's summer, it's hot and the Football Fever wreathes the world! Complete simple daily Guts Poker missions from June 13th through July 13th and win your entry to daily freerolls and four Football Fever Final tournaments culminating in the final €15,000 guaranteed on July 16th.

Your missions are split into four separate rounds. There-s 7 daily missions in each round for you to complete and win your tournament ticket to join the following day-s Daily Football Fever Poker Mission tournament.

Click below to check out mission briefs and get in there!

- The Football Fever Poker Mission promotion is open to all GUTS customers.
- The Promotion will commence at 00:01GMT on Monday, 13th June 2018 and will run until 16th July 2018.This promotion runs from Friday 17:00 CET to Sunday 23:59 CET.
- To enter the Promotion, a Player will need to complete specific daily missions in each round while playing poker on Guts between 00:01GMT 13th June 2018 and 23:59GMT 13th July 2018. On completion of each daily mission, the Player will receive a tournament ticket to join the Football Fever Daily tournaments and will qualify for the Football Fever Mission Final tournament in that same round, with the final tournament in round 4 played on 16th July.
- Play at heads up tables is excluded.
- Where hands of poker are required to be played at cash game tables, the betting must reach at least the second stage (flop seen and subsequent bet made) unless a showdown is required. Where hands are required to be played in tournaments the betting must also reach the second stage (flop seen and a subsequent bet, made) unless a showdown is required.
- NL10 is referring to No Limit Hold-em stakes of 0.05/0.10 and PL10 is referring to Pot Limit Omaha stakes of 0.05/0.10.
- On completion of a daily mission, the Player will win an entry ticket valued at 0.01c + 0.01c to the Daily Football Fever tournament running the following day. It is the Player-s responsibility to join the tournament using the ticket won to play, unused tickets will not be compensated.
- All qualifying Players will be pre-registered to each of the Football Fever Mission Final tournaments that run at the end of each round with starting chip stacks subject to the number of missions completed in that round. *IMPORTANT* Pre-registered Players will need to be logged in and play at least one hand before the end of the 1st blind level, failure to do so will result in the Player being automatically removed from the tournament.
- Guts reserves the right to hold void, cancel, suspend, or amend the Promotion where it becomes necessary to do so.
- If Players collude or otherwise behave unethically at any time, they will forfeit all prizes and risk closure of the Player-s account.
- Players may not create more than one account with Guts. Players who do so will forfeit all prizes and risk closure of all MPN accounts.
- In addition to these rules, all of the normal network rules and Guts.com`s Terms and Condition also apply.
Search more for: Guts Casino, Similar Posts
PLAY 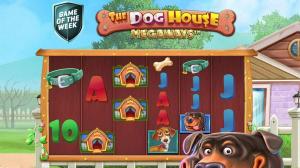 Game Of The Week: The Dog House Megaways 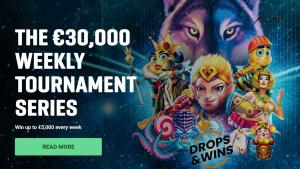 Win a share of €30,000 every week! There is a top prize €5,000 for those that battle their way to the top in our weekly tournaments! Plus, there is over €4,500 in daily prize drops. The player who bags the highest single spin win on selected games, listed below, between qualifying da... 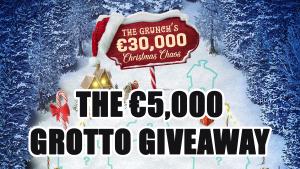 The Grunch is on the move! He is eyeing up a €5,000 prize pool from our first festive property and you can grab your share of the swag by claiming free spins and winning up to €1,000! The player who wins the most from their free spins will climb our €5,000 leaderboard. Firstly, you ... 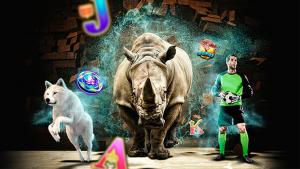 Get your running shoes on - Guts has a €5K Stake Race tournament for you to kick-start June! There are 100 cash prizes and up to €1,000 up for grabs - all you have to do is play as much as you can on three of our popular games! This is how it works: The €5K June Madness Tourna...

Guts are giving their players the chance to win a PS4 and FIFA 19. Finland is flying high on the Nations League and Guts wants to celebrate it! To take part in this campaign customers must make a bet (5 EUR minimum) and get a ticket to the PS4 & FIFA 19 raffle. Players can collect as many tickets... 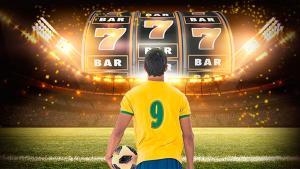 Mark a massive football fiesta this summer with Guts Casino and get your mitts on a €30 Sportsbook Bonus! Want to know how? It-s simple: Stake €300 on any of our casino slots and/or our football themed live game Live Football Studio during the group stages of the tournament. The ...

Ready to get pampered? Youve come to the right place! At Guts.com, you get more for your money with our huge welcome package! Not only will you get a generous 100% bonus on your first deposit and 25 Free Spins which are completely wager free, but youll also receive generous bonuses and even more wa... 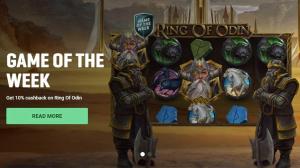 Guts Game Of The Week: 10% cashback on Ring Of Odin

One of Play’n Go’s newest productions is the innovative Ring Of Odin slot – packed with plenty of big-win potentials! It’s also our Game Of The Week, which means a special cashback offer. Check it out and get 10% cashback on net losses up to €100 every day you play... 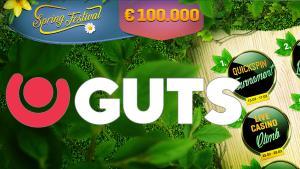 GUTS are giving away 100000 EUR in the Guts Spring Festiva